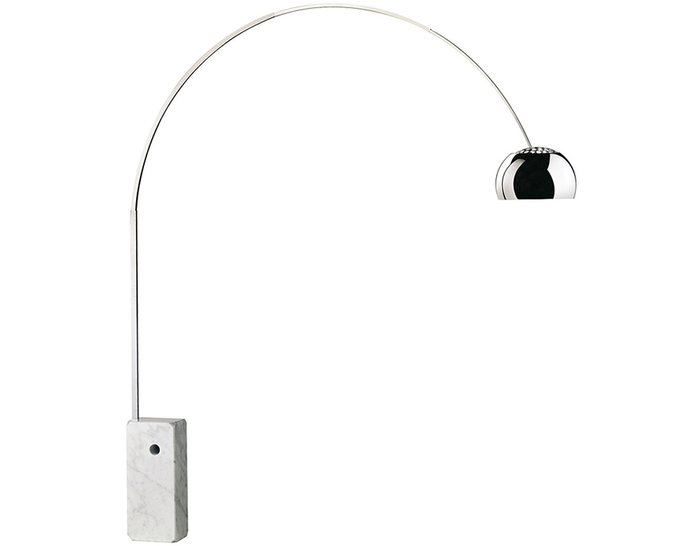 A street light inspired the iconic "Arco", a suspension lamp that sits on the floor on an extremely heavy marble base. The hole in the base is to insert a sturdy broomstick for carrying. Castiglioni once said of the base: "Our first idea was concrete, but we chose marble because it gave us the same weight in a smaller volume and a better finish for a lower cost. Nothing in Arco is decorative. Even the bevelled corners of the base are functional, they avoid sharp angles, which could be dangerous." Castiglioni designed Arco exclusively for flos and has been in continuous production since 1962.

To mark the fiftieth birthday of the Arco, which also coincides with the the company's fiftieth anniversary, FLOS pays tribute to its best-known lamp by launching a new version, the Arco LED, enhanced with the most advanced and high performance lighting technology.

Arco is a design landmark which continues to inspire and excite new generations.