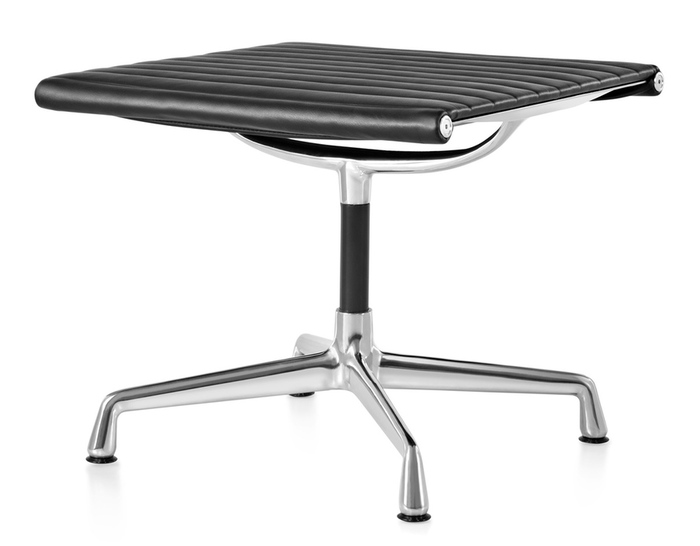 The ottoman features a lightweight aluminum frame with suspended upholstery. It has a 4-star base and fixed height.