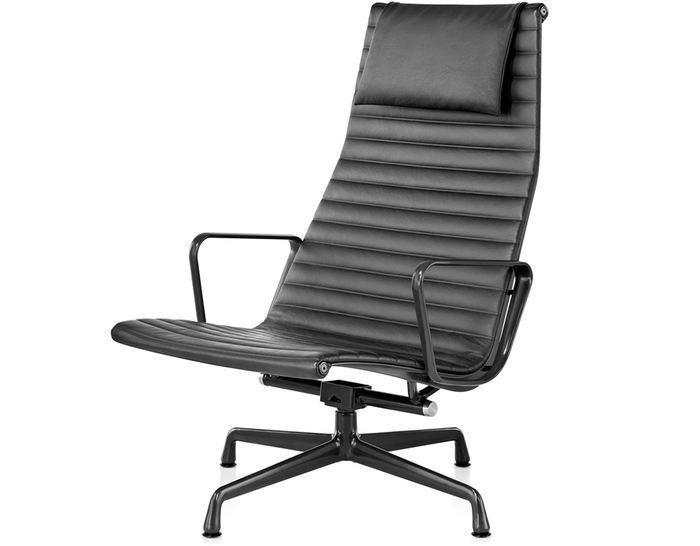 The lounge chair features a high-back with arms and an aluminum frame with suspended upholstery. It has a 4-star base and fixed seat height. The tilt-swivel option includes a headrest upholstered in matching fabric or leather.