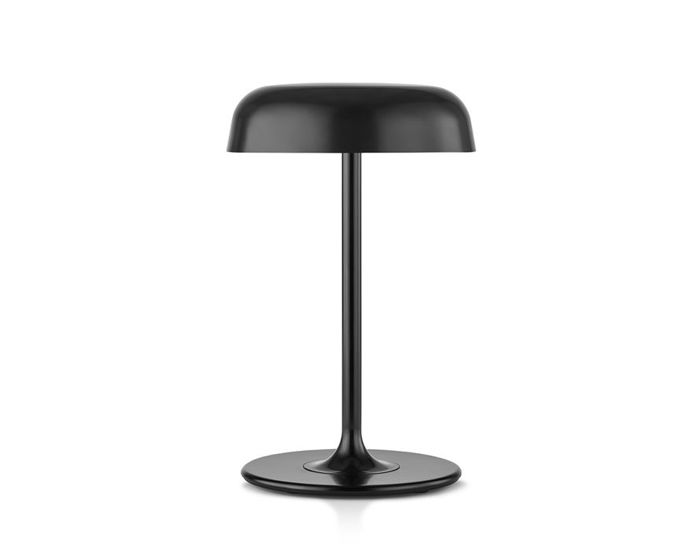 Poetic in their simplicity, elevated in their attention to detail, Ode Lamps shine a light on the moments we spend together. The Ode family of accent lighting includes table lamps and freestanding floor lamps. Soft, anti-glare LEDs and spun steel shades create a pool of diffused illumination, appealing to our instincts to come together around light.

A minimal form available in multiple heights, the Ode Floor Lamp has a universal aesthetic that supports a variety of settings including a study, a lounge, or a public workspace. The touch technology of the Ode Floor Lamp allows for it to be turned on, off, and dimmed by simply grasping the stem. It's an intuitive experience that's as elegant as it is efficient.

The Ode collection features energy efficient light emitting diodes (LED). The lamps turn on to full power by touching the base or stem, then dims to 50 percent once touched again, and completely off when touched a third time. Available in black or white and as a table lamp or sofa height floor lamp.