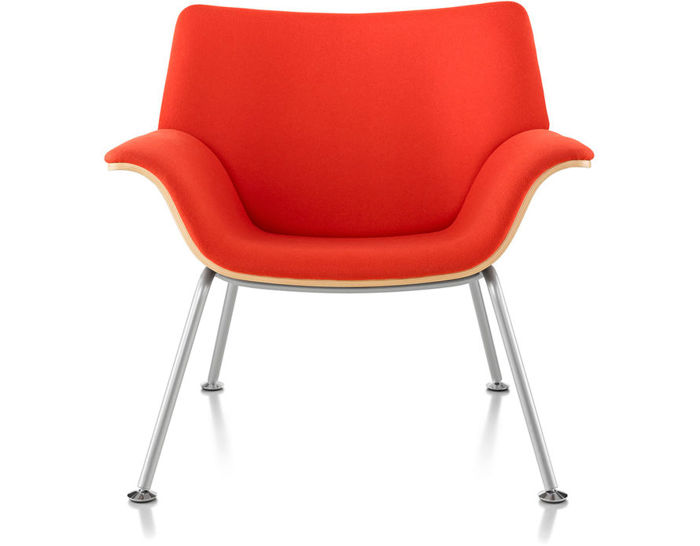 During his time as an instructor at the California College of Art, industrial designer Brian Kane observed how people interacted with furniture in public spaces. He noticed that very few of them sat in what might be considered a traditional way. They perched on arms. They curled up. They sprawled out. This observation inspired a versatile and fluid design response, which became the Swoop family of lounge furniture.

Swoop was designed for the way people sit today. Because there are no hard edges or 90-degree angles, the "swooping" form created as the arms curve into the seat accommodates a variety of postures and positions. Sprawl along the curve of the plywood lounge chair, kick your feet up on an ottoman, or pull up a coordinating table. All components work together in countless ways to create flexible, reconfigurable spaces where people can get together casually and comfortably.

Swoop Plywood lounge chair features a 3/8" thick molded plywood shell with an upholstered seat, arms and back. legs are tubular steel and come with glides. With an extensive range of upholstery fabrics, veneers, laminates, and colors Swoop also suits your personal style. Combine tables and chairs for configurations that meet practically any need. Optional ottoman is also available.