by Piero Lissoni, from Kartell 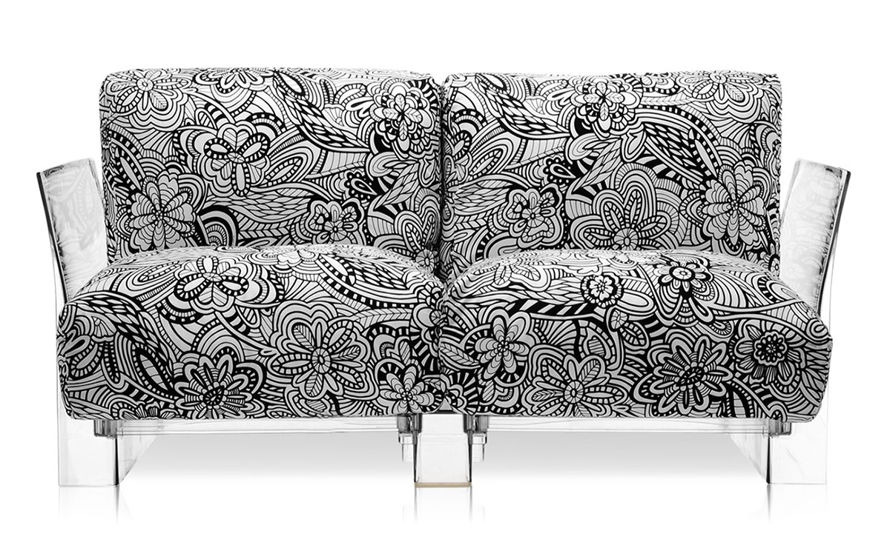 Design Piero Lissoni, 2007
Polycarbonate, good down, upholstery
Made in Italy by Kartell

Pop is the first "infinitely repeatable" modular sofa. Easy to take apart and manufactured industrially, Pop is composed of identical transparent polycarbonate single-seat modules which can be placed side by side to create the sofa's solid frame: backrest, seat (also made of plastic slats) and armrests. Pop shatters preconceived ideas of the rigidity of plastic, offering itself as a comfortable and indestructible industrial upholstered sofa that stands up to shocks and heavy use. The large and soft goose feather cushions are available in a number of fabrics. For those who love imagination and can't live without a modern and lively touch in their home, Kartell is offering a series of Missoni fabrics: "Vevey" and "Cartagena".