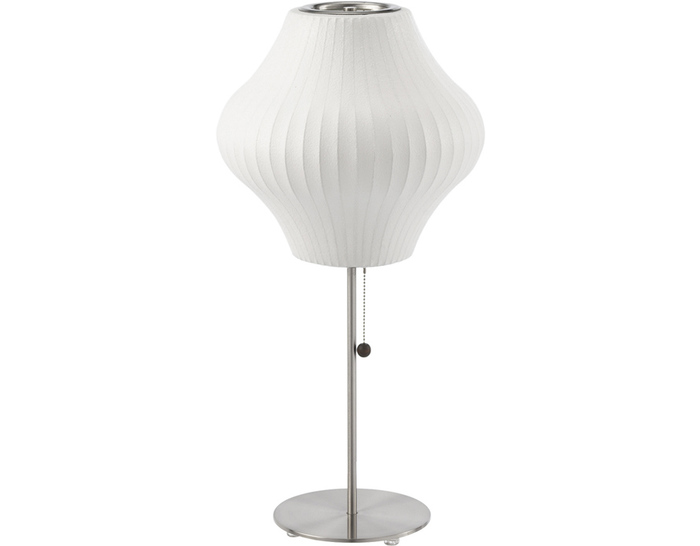 The Lotus table lamp series features an 8-inch line-grained, nickel-plated steel base, available with or without a walnut cover. Each lamp includes a 7-foot 2-inch cord and on/off pull chain with a solid walnut end. Offered in your choice of three shapes - ball, pear and cigar. Bulb is not included.