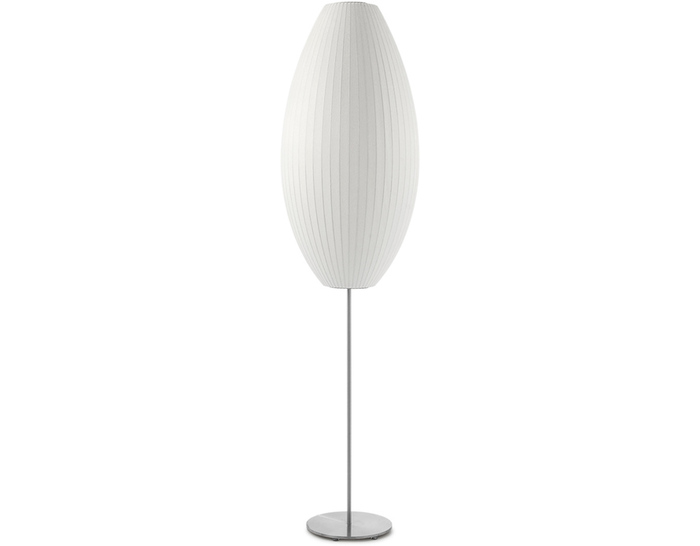 The Lotus floor lamp series is constructed of brushed, nickel-plated steel with a 6.5lb steel base for stability and can be specified with or without a walnut base cover. Includes in-line on/off floor switch. Each lamp comes with a 9-foot cord and is rated for bulbs up to 150 watts. Bulb is not included.