by Hella Jongerius, from Vitra. 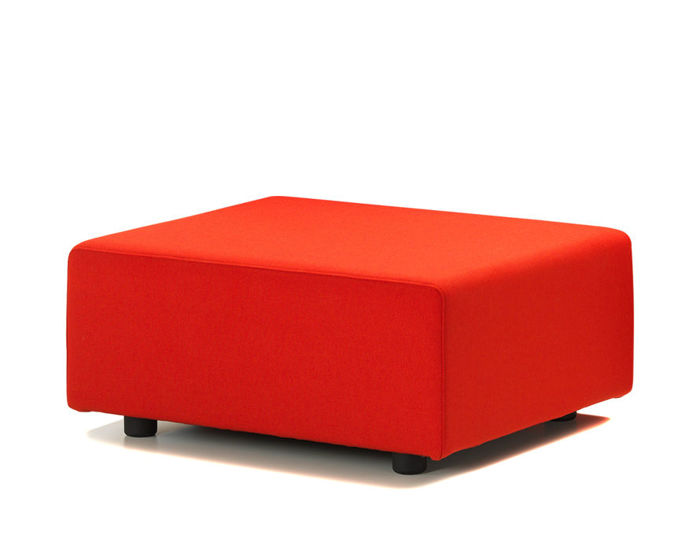 In the home country of Dutch designer Hella Jongerius, the word 'polder' refers to low-lying flatlands, typically subdivided into fields serving various agricultural purposes, that have been reclaimed from the sea by means of dykes and drainage canals. With their flat surfaces, low-slung body and horizontal emphasis, both Polder sofas evoke the characteristic features of the polder landscape.

The upholstered cushions and body of the ottoman are covered with fabrics in carefully coordinated hues and weaves: shades of green, red or golden yellow. In place of standard upholstery fabrics, textiles developed exclusively for Vitra by Hella Jongerius are used as cover materials. Please note: cover material is recommended for residential use only.

Hella Jongerius (1963) started her own Jongeriuslab in Rotterdam, after graduating from, and later teaching at Eindhoven’s Industrial Design Academy. Some early work for Droog Design of the Netherlands attracted much attention and acclaim. Now, Jongeriuslab creates and markets dishware, textiles, and furnishings, as well as maintains clients such as Maharam (New York), Royal Tichelaar Makkum (The Netherlands), Vitra (Basel), and IKEA (Sweden). The work of Hella Jongerius is known for an interplay of technology and handicraft. Stitching and embroidery is displayed alongside modern wood and metalwork.