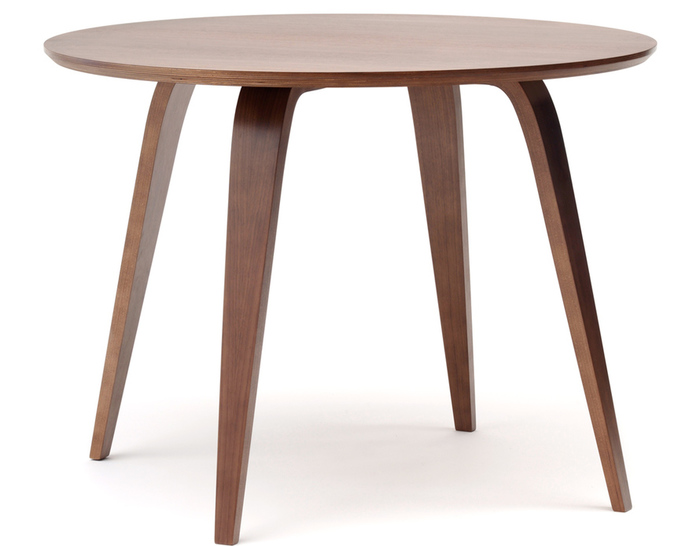 New, molded plywood tables by Benjamin Cherner (son of Norman Cherner) are designed to compliment Cherner seating in a formal or informal setting. Available in finishes to match other Cherner products. Molded plywood legs with exposed and profiled top.

Norman Cherner's sons formed the Cherner Chair Company in 1999 to manufacture and market some of the most recognized designs from their father's portfolio. As an architect and furniture designer, Ben Cherner has developed the Cherner Table series in the Cherner style of design.