by Hans Wegner, from Erik Jorgensen 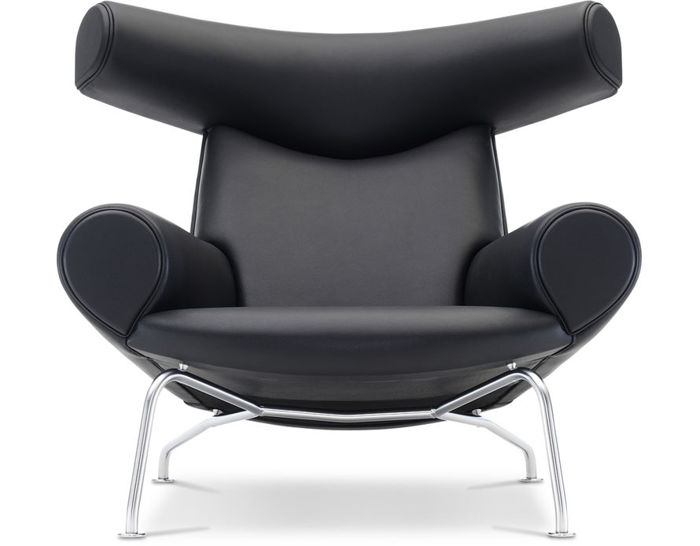 "A chair is to have no backside. It should be beautiful from all sides and angles." -Hans J. Wegner

Ox Chair is the essence of masculinity. With the chair's tight design expression, Wegner has created the ultimate lounge chair with a sculptural heft that makes it a bit of a cliffhanger. Since its birth in 1960, Ox Chair has been an obvious iconic item on the list of furniture must-haves. Choose leather for an everlasting exclusive look or a warm and welcoming retro textile. An immortal classic that is always capable of adjusting.

Ox Chair features molded polyurethane foam with brushed chromed steel legs. The covers are fixed with piping at the arm and backrest. The chair can also be specified with contrast piping and leather arm pads. EJ 100-f ottoman is also available. Please call the hive showroom with any questions: 1-866-663-4483.

The Erik Jorgensen story begins in the town of Svendborg on the southern coast of the Danish island of Funen. Erik Jorgensen delivers furniture to countries all over the world, and the brand is associated with a sound aesthetic that is more than a passing fad. An aesthetic that rests on tradition and craftsmanship, but which is also nurtured by innovative furniture designs by both young and more established designers.