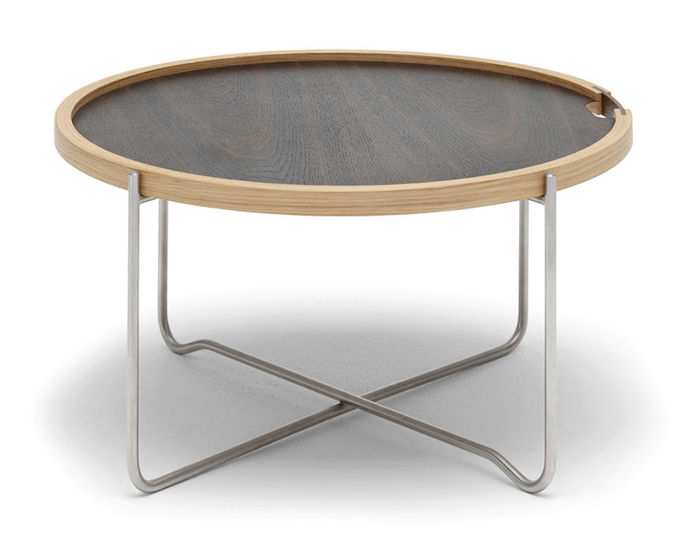 Carl Hansen & Søn has reintroduced Hans J. Wegner's Tray table, which first saw the light of day in 1970 but has since only been produced for a limited number of years. The Tray table is an elegant and flexible piece consisting of two parts - a round tray and a collapsible base - and can thus be used both as a coffee table and as a tray. To stress the multifunctional character of the design, the tray is designed with a refined, integrated handle, adding an ornamental detail to the design - a well-known Wegner signature.

The reversible coffee table is available with two different tray variants: one features white and black laminate surfaces, the other - veneer surfaces in light and smoked oak. In both variants, the tray rim is made of light oak and the handle of smoked oak. The base is stainless steel.