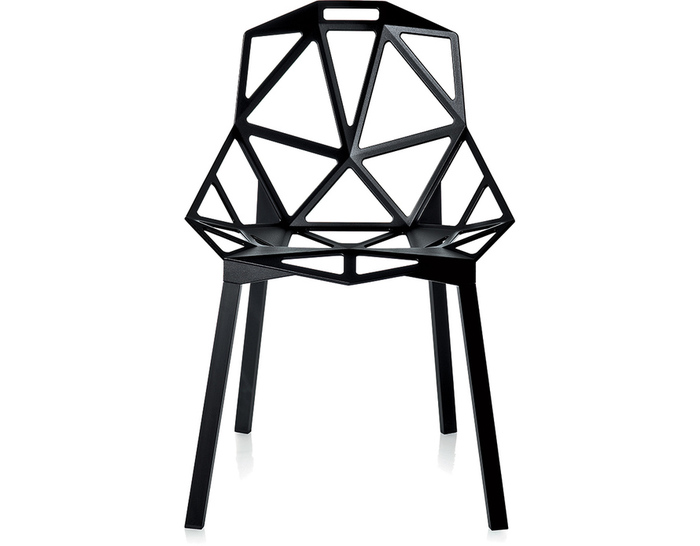 Fabulous, original and eyecatching are just a few words to describe the beautiful design of the Chair One by Konstantin Grcic. Through his minimalist industrial style, he has constructed a form that's statuesque, elegant and hard to forget.

Featuring polished aluminum legs and a die-cast aluminum seat, the Chair One family is extremely versatile, and available for either indoor or outdoor use. Chair one stacking is offered in a 2-pack with the same color. The series is also available with a concrete base, 4-star base or stool.