by Philippe Starck, from Kartell - sale 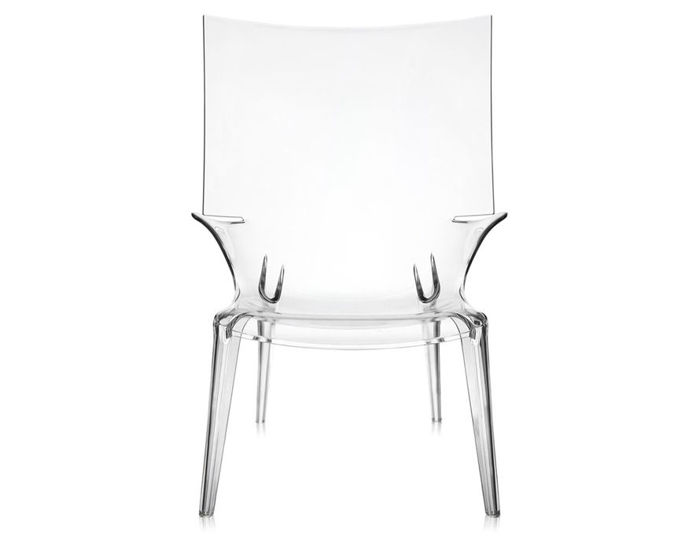 Design Philippe Starck, 2014
Transparent or mass-dyed polycarbonate
Made in Italy by Kartell

"My family of aunts and uncles at Kartell are the technological, minimalistic versions of the armchairs and sofas used by my uncle and aunt smoking a pipe or knitting close to a fire in the evening, serenely. Times have changed, furniture also, but dreams are still the same." -Philippe Starck

The Uncle collection is the revolutionary single mold transparent polycarbonate series created by Philippe Starck. The collection includes the daring Uncle Jack bench and the attractive Uncle Jim armchair. Reminiscent of Uncle Jack's sinuous lines, Uncle Jim also lends itself to a broad range of furnishing needs. Suitable for the indoors or outdoors and offered in a choice of subtle shades.