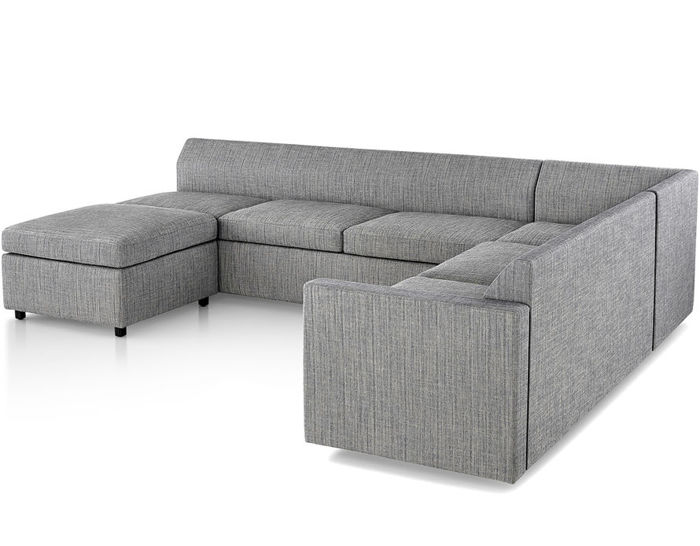 Design BassamFellows, 2014
Ebony wood base, down, foam, upholstery
Made by Herman Miller

The Bevel sectional sofa includes one 3-seat sofa with no arms, one 2-seat sofa with either a left or right arm (depending on chosen configuration) and one corner unit. Please note images also show the bevel ottoman which can be purchased separately and is not included in this configuration.