by Barber & Osgerby, from Magis 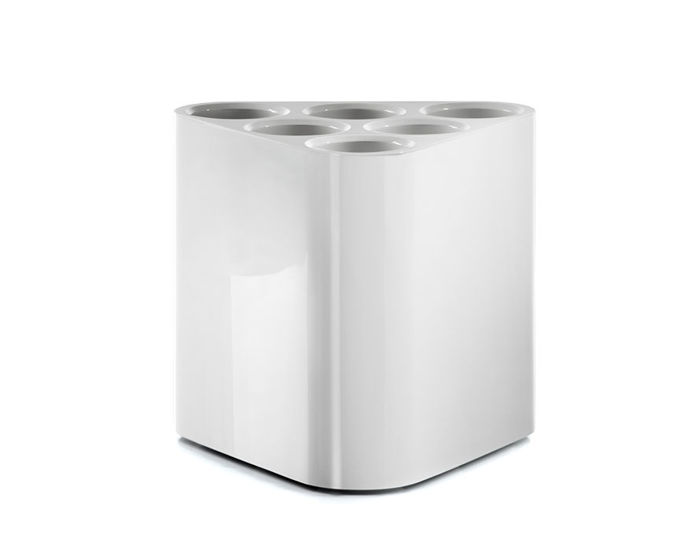 The Poppins Umbrella Stand for Magis allows long and short umbrellas to be easily popped in and stowed when dashing in from the rain. Its compact size and triangular shape make for easy placement in an entryway or hallway. Available in orange, white, and black with a glossy finish.