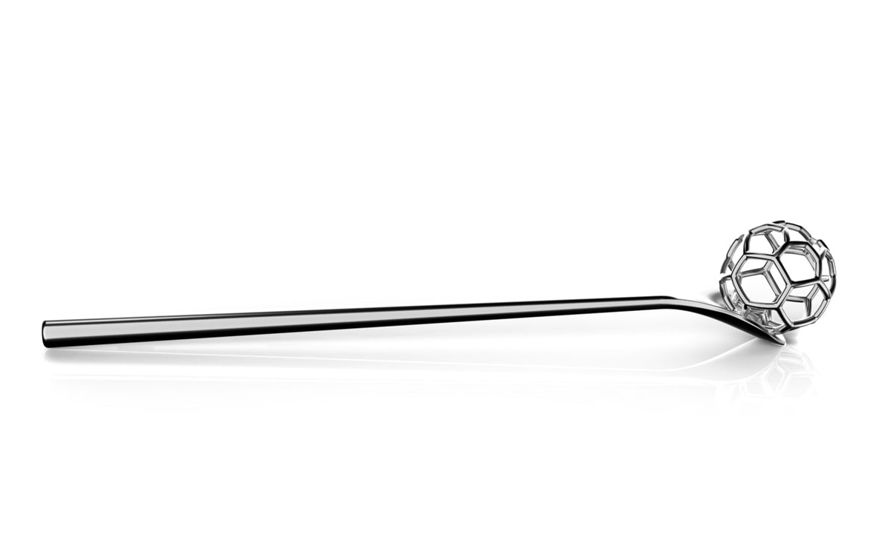 The "acacia" honey dipper is part of the collection of "Objets-Bijoux". Acacia is the result of research carried out by its designer, Miriam Mirri, into the sweet world of honey. Her studies led her to design an object suitable for use with all of the different kinds of honey on the market. Acacia captures and serves the honey thanks to its unusual shape, which comprises a spoon and a facetted ball. During the design stage, Miriam Mirri was inspired by the structure of the honeycomb, evident in the hexagons on the ball.


$50.00 + $7.00 shipping
(in-stock items usually ship in 1-2 business days. Otherwise, please allow approximately 3 weeks for delivery.)
there are no reviews of this product yet.