by Jasper Morrison, from Vitra. 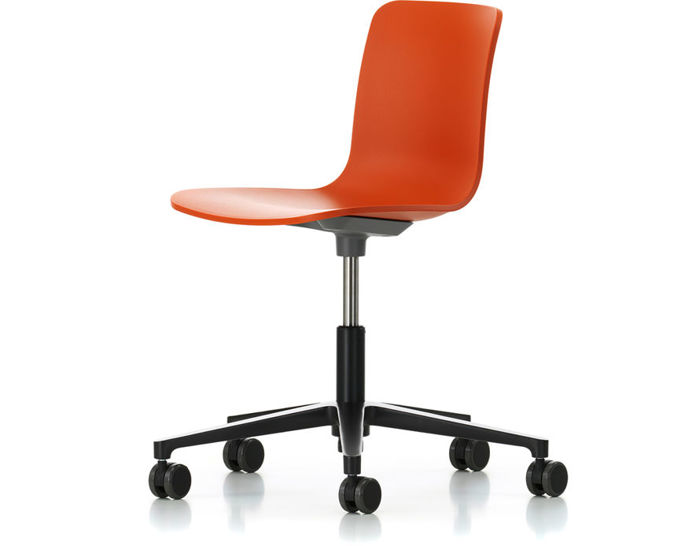 Jasper Morrison has added a new option to the HAL chair family: the HAL Armchair. Based on the HAL seat shell, he developed an organic one-piece shell that takes on a distinctive look of its own with the curved armrests 'growing' out from the sides - while still bearing a clear family resemblance to the rest of the line. The shell construction responds to the physical forces operating on the seat and provides maximum stability and superb comfort with a minimum amount of material.

Born in London, Jasper Morrison studied design at the Royal College of Art and at the HdK in Berlin. Editor of the Design Year Book in 1999 with a passion for the history of design. Morrison's objects provide a quiet contrast to the creative exuberance of the Eighties. The visual restraint, high functionalism and constructive simplicity attract attention to his work.

Hal studio side chair features a five-star, die-cast aluminum base powder-coated in basic dark and includes swivel mechanism, shock-absorbing seat suspension and height adjustment. The Hal family is offered in a choice of four base options: tubular steel or wood as well as a five-star base on castors.