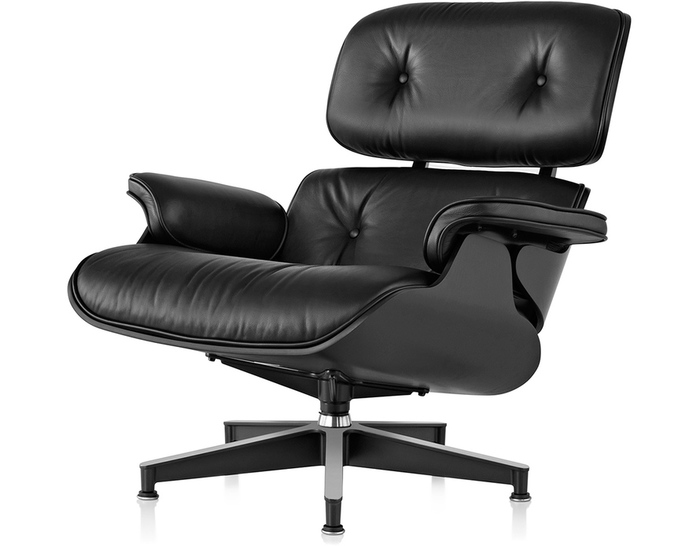 "Recognizing the need is the primary condition for design." -Charles Eames

The Eames lounge chair is the culmination of Charles and Ray Eames' efforts to create comfortable and handsome lounge seating by using production techniques that combine technology and hand-craftsmanship. The Eames lounge chair is considered among the most significant and collectible furniture designs of the 20th century and are part of the permanent collection of New York's Museum of Modern Art.

Every lounge chair manufactured since the original have received the same meticulous handcrafted attention. The rich veneer and supple leather suggest old-fashioned luxury translated into modern forms, setting an enduring standard for comfort and elegance.

Comfortable and classic, authentic and approachable, this lounge chair by Charles and Ray Eames takes a stunning turn in a new black incarnation. Ebony stain and supple black leather combine for an appealing sophistication equally appropriate for upscale and casual interiors alike.

The Eames ebony lounge chair is hand assembled and features an ebony stained ash veneer seat and back shell with 6"-thick foam cushions upholstered in MCL black leather (1R10). The chair swivels on a 5-star black-enameled base with polished aluminum trim.