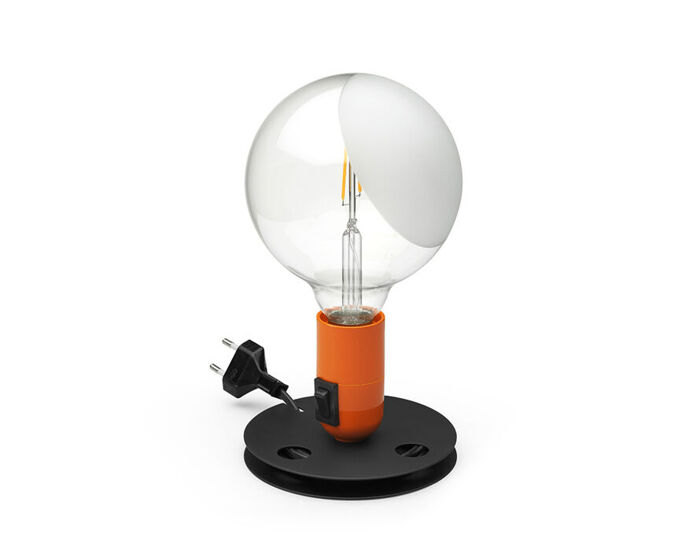 Design Achille Castiglioni, 1972
Aluminum base, bakelite, sandblasted bulb
Made in Italy by Flos

Artist Achille Castiglioni had a knack for offering a new perspective on the most humble of objects. Here, the result feels especially "meta" as he plays with the concept of light through a recreation of a light bulb.

Simple, functional and very decorative, the Lampadina or 'bulb' is partly sandblasted to diffuse light and mounted on a tape reel style base which houses the excess power cord. On/off switch on lamp holder.

The LED bulb has replaced the incandescent version, outfitting this classic lamp with the latest technology - making it more energy efficient and increasing the bulb's lifespan.


based on 2 reviews
average rating: 4