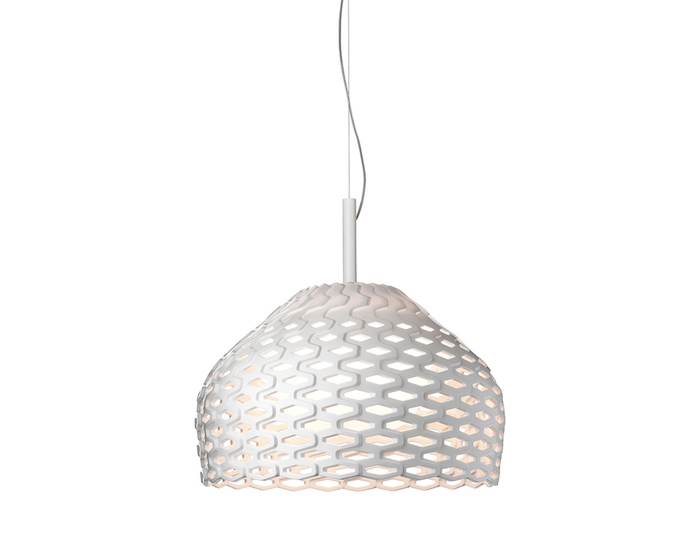 Tatou S suspension lamp was designed representing forms found in the natural world. The details of the diffuser allow the lamp to produce a warm glow and distinguished look. The lamps produce diffused light and feature a polycarbonate exterior diffuser with an injection printed opal polycarbonate Internal diffuser. The support and base are painted steel and the lamps are offered in your choice of colors. The collection includes table, floor and suspension lamps.

Born in Oviedo, Patricia Urquiola attended the Madrid Polytechnic and the Milan Polytechnic Universities where she graduated in 1989 with Achille Castiglioni as her supervisor of whom she was assistant at the Milan Polytechnic from 1990 to 1992. From 1990 to 1996 she was at the Product Development Office for De Padova where she co-operated with Vico Magistretti. In 1996 she became design responsible at Studio Lissoni and Associates. In 2001 she opened a studio of planning where she looks after design, installations and architecture. This brilliant Spanish architect is a phenomenon not to be lost sight of.