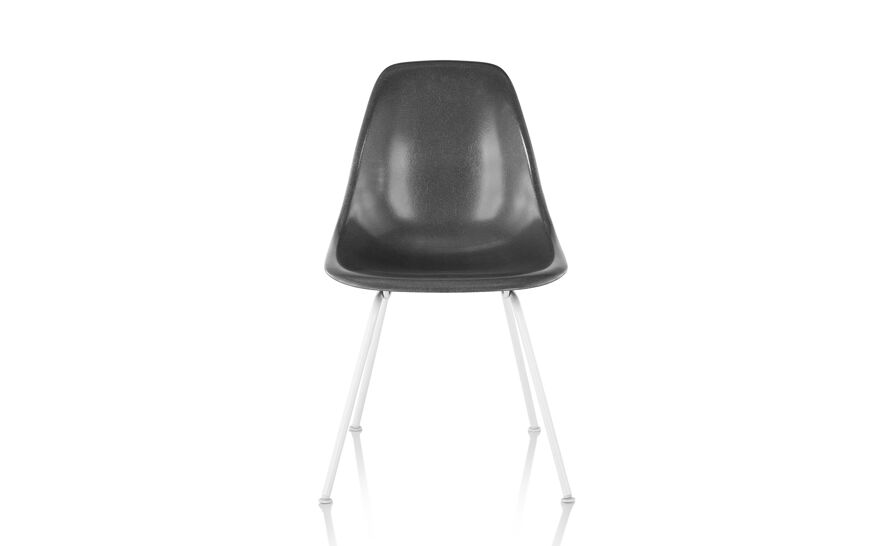 "The role of the designer is that of a very good, thoughtful host anticipating the needs of his guests." -Charles Eames

Thanks to a new proprietary process of producing fiberglass, Herman Miller is once again able to produce the Eames original 1950's Molded Fiberglass Chair safely by means of a less volatile, monomer-free "dry bind" process. Like the original shell chairs, the new fiberglass finish has the same covetable surface variation and tell-tale fiberglass striation that have attracted avid vintage collectors for decades.

Available in both the arm and side chair formats in eight archival colors, the chairs can be configured with a choice of wire, dowel leg, stacking, rocker, and 4-leg bases. An array of trim, finely tailored Hopsak fabrics designed by Alexander Girard, Herman Miller's Textile Director from 1952 to 1973, round out the collection of shell customization options, fully restoring the integrity of the original 1953 shell chair offerings. All chairs can be recycled through the Herman Miller Take Back Program.