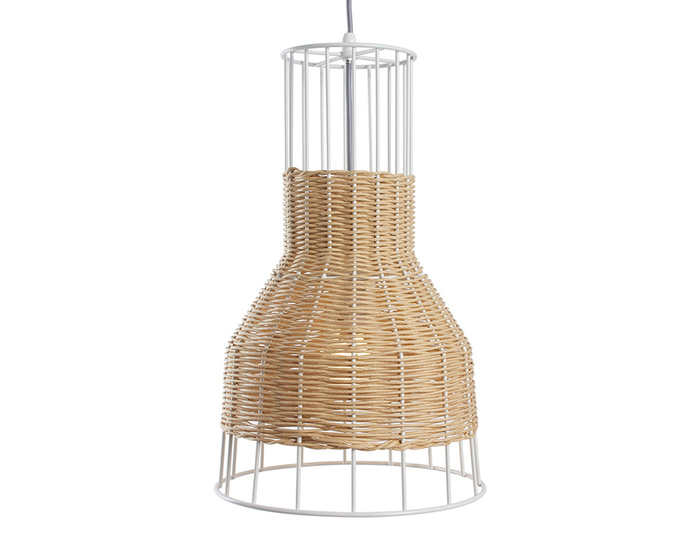 Dreamweaver. Colored rattan is intertwined with a steel framework to create a pleasing hand woven pattern of peekaboo light. Mounts to ceiling.

Blu Dot was formed in 1997 when John Christakos, Maurice Blanks, and Charlie Lazor commiserated about the lack of high-quality, affordable home furnishings that also appealed to their modernist aesthetics. They began as college friends trying to fill a void in the marketplace and have endured with highly-original furniture and products that join whimsy with practicality. The company thrives on collaboration and prides itself on having full control, taking care of each step in-house, from design, to manufacturing, to retail. Blu Dot is based in Minneapolis, and has flagship stores in LA and SoHo New York that display over 100 items from the collection.