by Ron Arad, from Magis 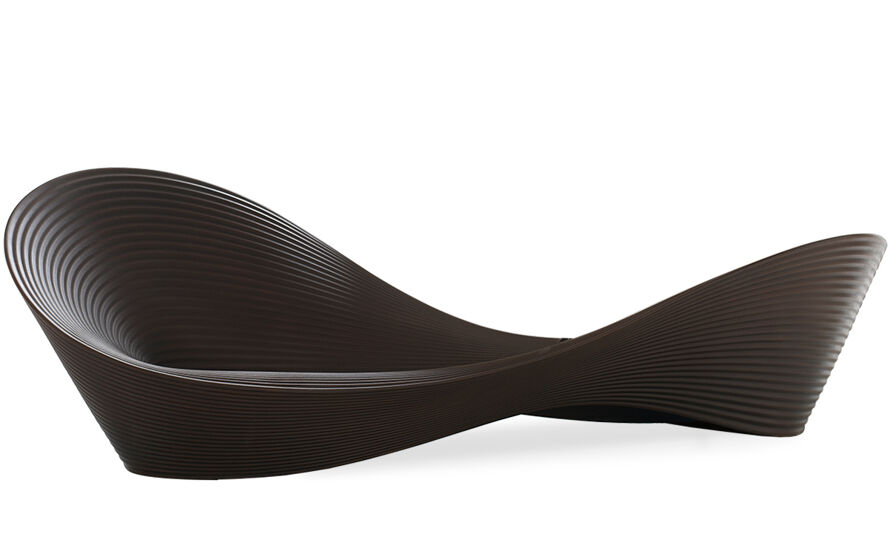 Design Ron Arad, 2013
Rotational-molded polyethylene
Made in Italy by Magis

With its undulating, sculptural form, Ron Arad's Folly bench will spark conversations while providing a comfortable place to chat. Molded in nearly indestructible polyethylene for both indoor and outdoor use, the bench's seat and back surfaces merge seamlessly and encourage lounging any which way.

Folly bench's polyethylene form is rust brown and is suitable for outdoor use. To fix the bench to an undersurface, optional Folly floor kit is also available.