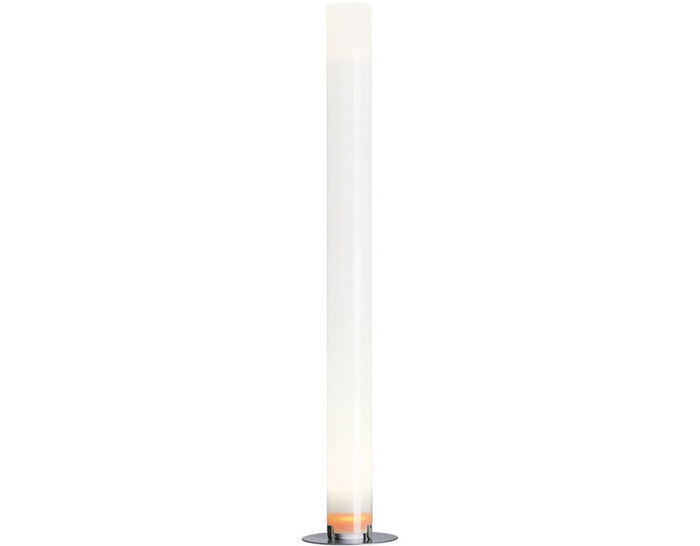 Design Achille Castiglioni, 1984
Steel, polymethylmethacrylate
Made in Italy by Flos

Tall and slender column easily incorporates into any environment mixing minimalism with high impact décor. Two light sources with dual foot switch allowing varied lighting at the top and bottom of the column.