by Mario Bellini, from Kartell - sale 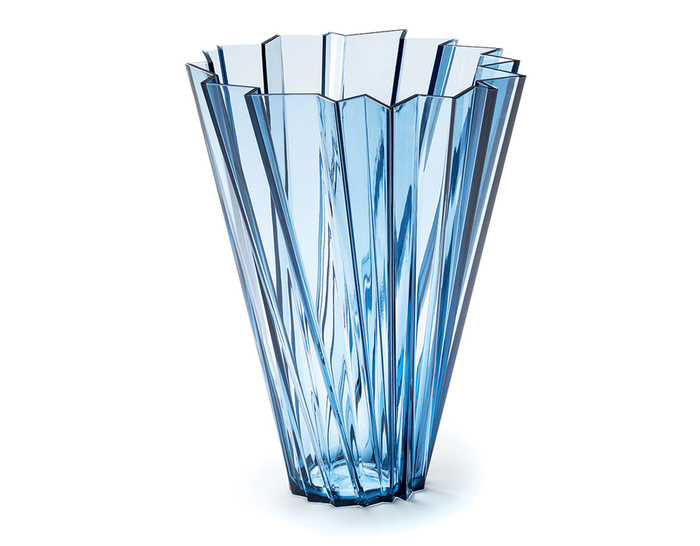 Design Mario Bellini, 2012
Transparent or batch-dyed PMMA
Made in Italy by Kartell

A multifaceted vase opening from the base to the top in a swirling motion that projects light and energy. Shanghai is like refracted light radiating from prism-like crystals with alternating glows and shadows, creating irregular geometric forms, with a multiform and multicolored fascination like its Oriental namesake.

Since the 1960's, the versatile Mario Bellini has been celebrated for his pioneering industrial designs for companies such as Olivetti, Kartell, Cassina, Artemide, B&B Italia, Heller, Renault, Rosenthal, Vitra, and Yamaha. Mario Bellini has won several Compasso d'Oro awards. Twenty-five of Bellini's elegant creations are in the Permanent Collection of the Museum of Modern Art in New York, which honored him with a one-man show in 1987.