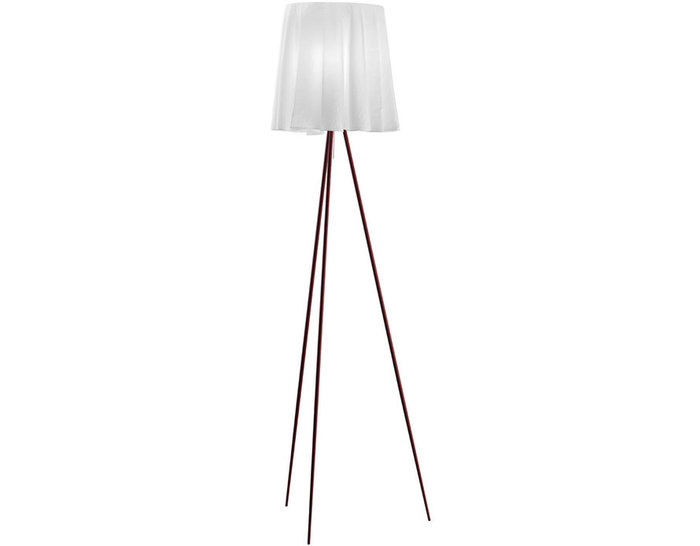 Sleek lines and simple design make the Rosy Angelis an elegant choice. The shade consists of an ultra-lightweight, white fabric embroidered with Starck's signature and draped over the light source. On/Off switch and 0-100% luminosity control is operated by a slender, satin-finished aluminum stem. Available with grey legs.