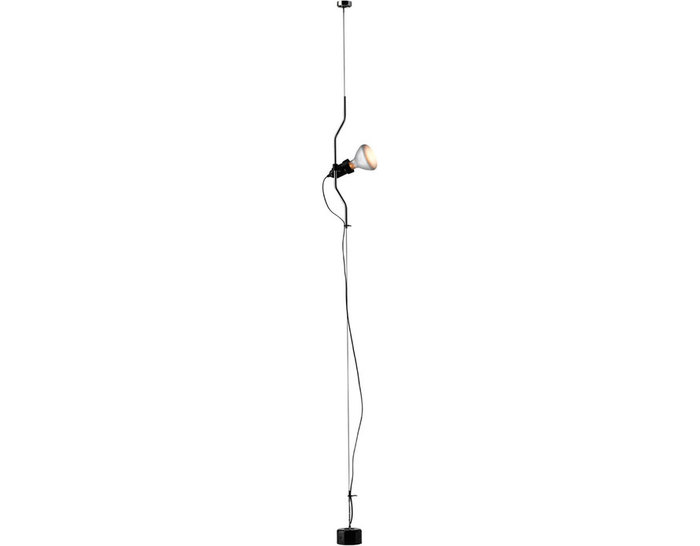 A steel cord hangs from a small ceiling mount, weighted at the bottom providing the necessary tension to hold the lamp in place. The rubber, lamp housing is suspended on the cord by a curved-metal, tubular bracket, the "parenthesis". Full adjustability and swivel control. Plugs into any wall outlet. Available in various finish options. Optional brackets can also be added, please call the hive showroom to specify.

Intelligent and minimalist in design, the Parentesi has been in production since the 1970's and has been placed in the permanent collection at the Museum Of Modern Art in New York. Castiglioni's imaginative forms and simplistic designs have made him one of the most influential figures in Italian design.

based on 1 reviews
average rating: 3