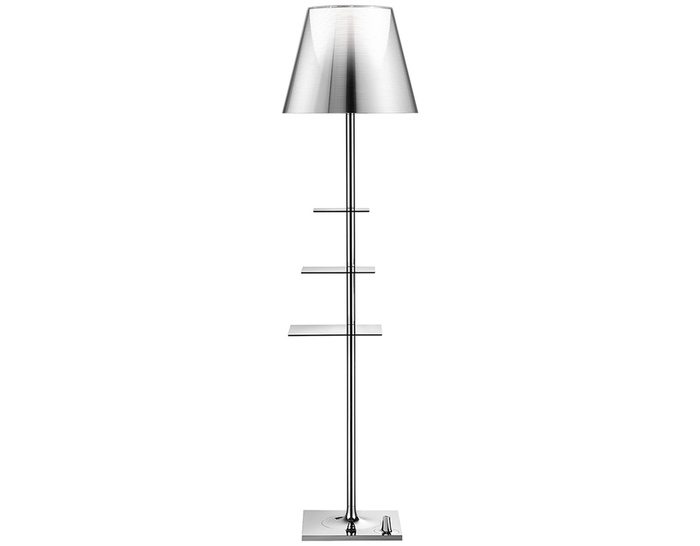 Only a visionary mind like Philippe Starck's could imagine a floor lamp like Biblioteque Nationale. The French designer, like a contemporary wizard with the power to animate objects, imagines a fairy tale bookcase where the books pirouette and take flight towards the light. This lamp, without sacrificing formal rigor and simplicity, which are constant features in Starck's work, perfectly expresses the tastes and needs of everyday lives comprising multi-function, dynamic objects.

Starck created small shelves on the main stem for books and other articles. He has also extended its functions with a USB connector to recharge popular smartphones. Having it near us facilitates our daily habits of reading, making telephone calls or relaxing. A surreal addition to settings, Bibliotheque Nationale
seems to fulfill our simplest but most fundamental desires, with that magic that is often a feature of Starck's creations.