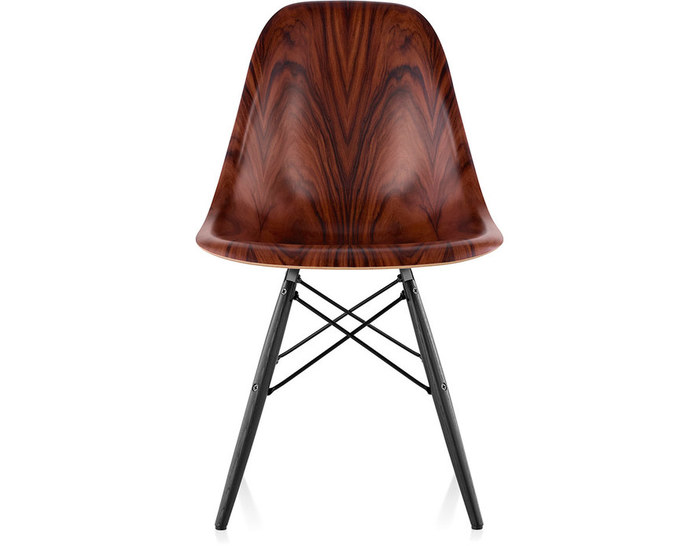 "Design is a plan for arranging elements in such a way as best to accomplish a particular purpose."
-Charles Eames

The side chair is a molded one piece construction with waterfall edges and measures .260" in thickness. The Veneered shell is available in four wood finishes; White Ash, Walnut, Ebony and Santos Palisander. The dowel base is offered in either maple (white glides), white ash (white glides), ebony (black glides) or walnut (black glides). Also offered with 4-leg or wire base.