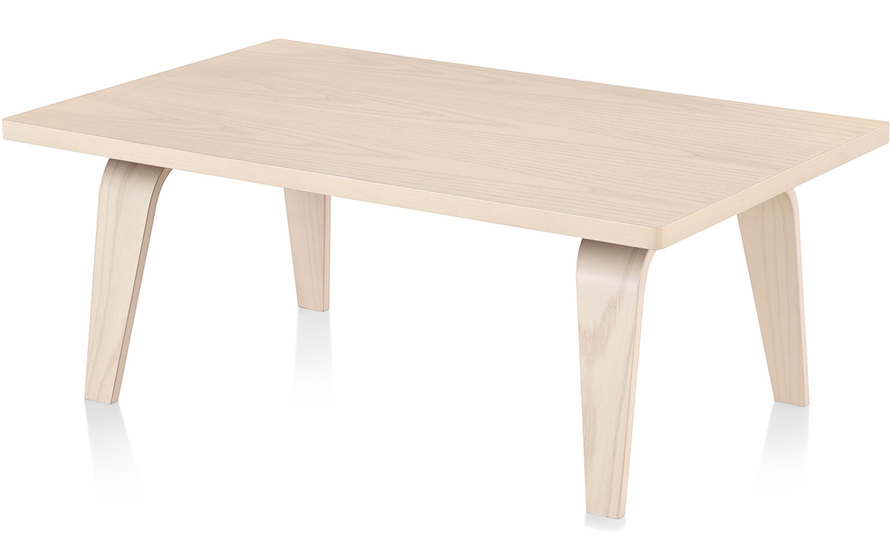 The elegant simplicity of this coffee table by Charles and Ray Eames demonstrates the designers' focus on exploration and commitment to honest materials. Its legs, available in a range of finishes, find shape from the technique the duo invented to mold lightweight plywood veneer into gentle curves.

The vision of Charles and Ray to continually explore, refine, and discover is reflected in a new rectangular shape for their well-known design. The Eames Rectangular Coffee Table is offered in veneer or laminate with a veneer edge, the rectangular top offers clean lines and a useful surface for any living, working, or lounging environment.