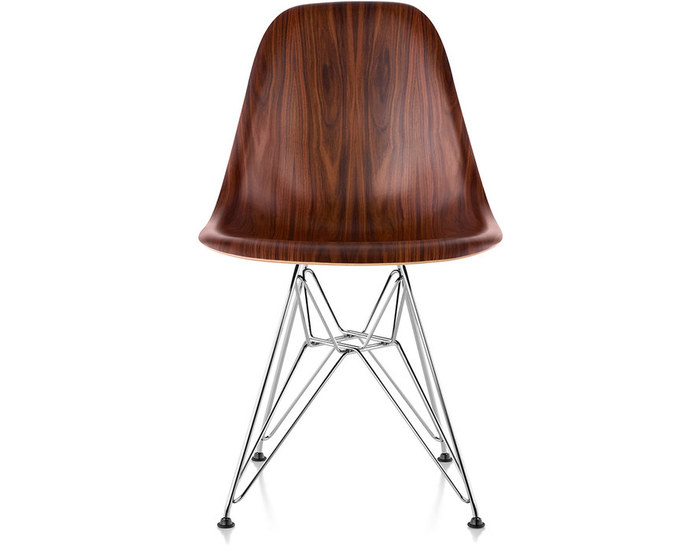 The side chair is a molded one piece construction with waterfall edges and measures .260" in thickness. The Veneered shell is available in four wood veneer finishes; White Ash, Walnut, Ebony and Santos Palisander. The wire base is available in either Trivalent Chrome, white or black finish. Also offered with 4-leg or dowel base.