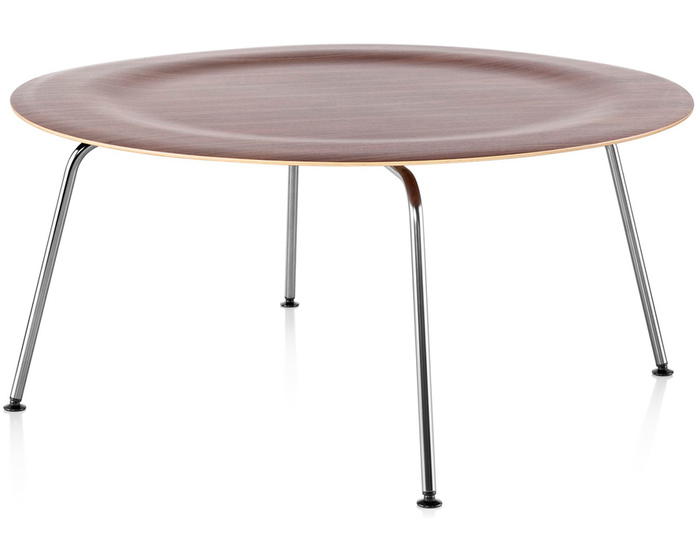 "The details are not details. They make the product. The connections. It will in the end be these details that give the product its life." -Charles Eames

This classic table's top are shaped by molding thin wood veneers under heat and pressure--the same breakthrough process Charles and Ray Eames used to create their molded plywood chairs. The molded plywood coffee with metal legs is lightweight in both appearance and fact. Its dimpled top is created by the molding process and forms a subtle border to help avoid accidental spills and create a natural centerpiece.

The coffee table first came to Herman Miller's attention when George Nelson, design director, saw it and other Eames molded plywood products at a showing in the Barclay Hotel in New York City in the mid-1940s. Nelson contacted the Eameses and soon afterward, they were designing for Herman Miller. These imaginative tables are an enduring landmark of modern, functional design.

The Molded Plywood Coffee Table with Metal Legs features a 5-ply top and natural face veneers and hardwood inner plies. The ebony option is stain on ash veneer and inner plies are not as visible. The base is offered in black with black glides or trivalent chrome with white glides.