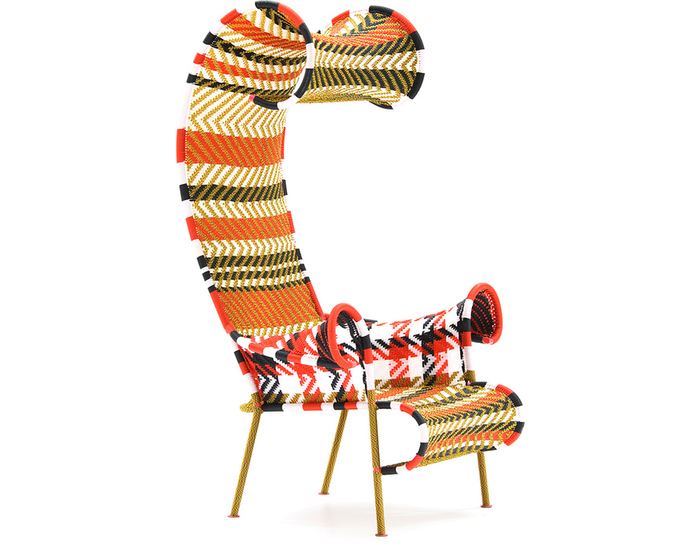 The Shadowy chair, deckchair and Sunny Lounger sunbed have shapes that evoke the beach furniture found at the North Sea in Northern Europe in the twenties. These designs have now become contemporary by the use of digitally drawn color patterns and woven by expert African craftsmen using colored plastic threads.

The colored patterns are obtained by the weaving of four colors with structure in steel with a robust shape. Shadowy has curious ruffles in the end parts, in the armrests and backrest that turn into a parasol cover.

The items in the collection are craft pieces: each product is a unique piece and differences in the colors and in the weaves are not to be considered defects. Colors of the strands may slightly fade due to extended sun exposure.