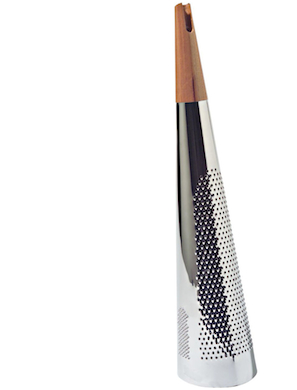 The conical sculptural shape & fine finishing with a wood handle make this giant cheese grater an excellent example of an object that can be displayed on the table. The grater also features a fine area for nutmeg on the reverse side.


$125.00 + free shipping
(in-stock items usually ship in 1-2 business days. Otherwise, please allow approximately 3 weeks for delivery.)
there are no reviews of this product yet.