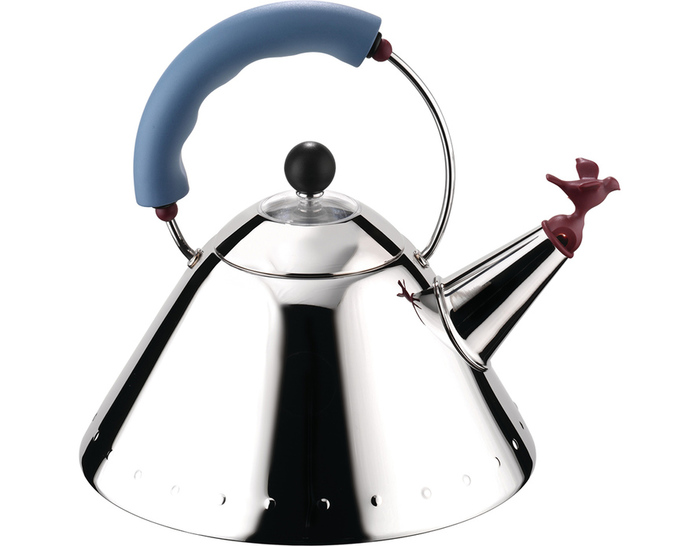 The famous Michael Graves kettle was the first product by an American designer to be included in the Alessi catalog. It opened the way for the playful design style that subsequently characterized the Nineties and thanks to an inspired mix of post-modern and pop idioms, it has become one of the internationally recognized icons of the Eighties. An Alessi best seller since 1985, this is actually the product that has sold the greatest number of units in the entire history of Alessi. Offered in your choice of colors.