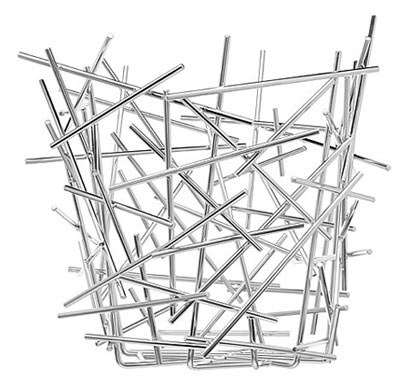 Design Campana Brothers, 2004
18/10 stainless steel
Made in Italy by Alessi

Part of an exquisite series of objects designed by the Campana Brothers. The Blow Up basket manifests the idea of controlled demolition and deconstruction.... only in a most utilitarian manner. The Blow Up Citrus basket is a stunning artistic centerpiece.


$240.00 + free shipping
(in-stock items usually ship in 1-2 business days. Otherwise, please allow approximately 3 weeks for delivery.)
there are no reviews of this product yet.