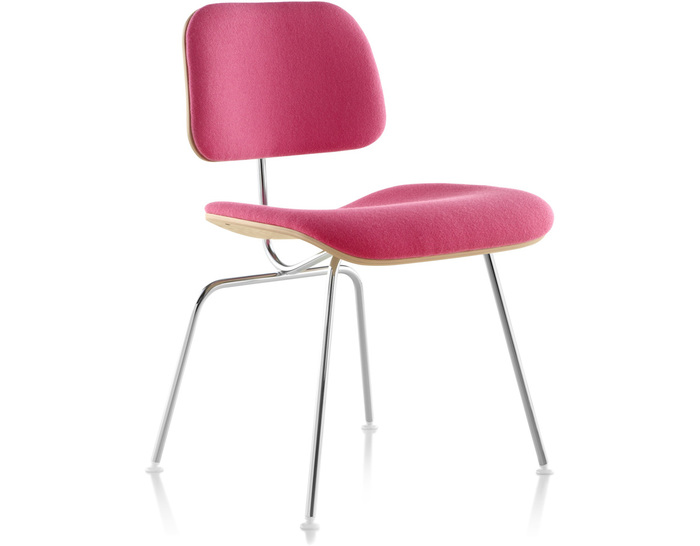 Designers Charles and Ray Eames established their long and legendary relationship with Herman Miller in 1946 with the boldly original molded plywood dining and lounge chairs. Their technique of molding sheets of plywood veneer into gentle curves gave their molded plywood lounge chair a soft appearance - and created an inviting seat of unlikely comfort. Innovation again meets the iconic design with an updated offering: upholstery. This version includes an upholstered seat & back with a molded polyurethane cushion that enhances the chair's original character with increased comfort and new color. Still as forward thinking as its predecessors, it suits any setting calling for refined, flexible seating. Available in either lounge or dining versions with chrome-plated steel or wood legs.