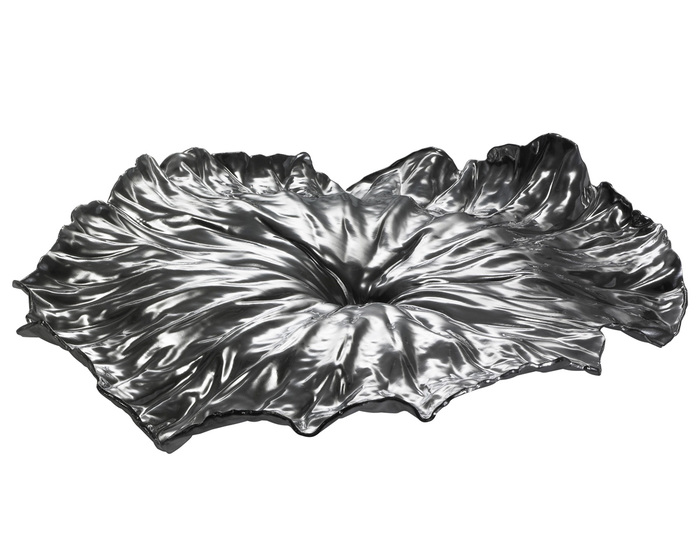 With the "(Un)Forbidden City" operation, Alessi sought to organize the first organic exploration of the potential of Chinese product design. Under the meta project responsibility of Gary Chang, they asked eight Chinese architects to design a tray-container. The Tray, in fact, is a classic in the Alessi range of production - an item on which generations of designers have put themselves to the test. A preview of the research was presented in September 2011 at an exhibition curated by Gary Chang at the China Shijintan Contemporary Art Center in Beijing, during Beijing Design Week.

A "Lotus Leaf", designed by Chang Yung Ho (Atelier FCJZ) is part of the "(Un)Forbidden City". This centrepiece represents the will to take inspiration from nature with very small design influence. This lotus leaf was picked from the lotus pond of The Old Summer Palace and was left six month to dry. The obtained form has been scanned with a tridimensional scanner and transformed in a mold to obtain the stainless steel copy that produces the tray. The mold can be used on both sides in order to obtain two different ways of containing or serving.