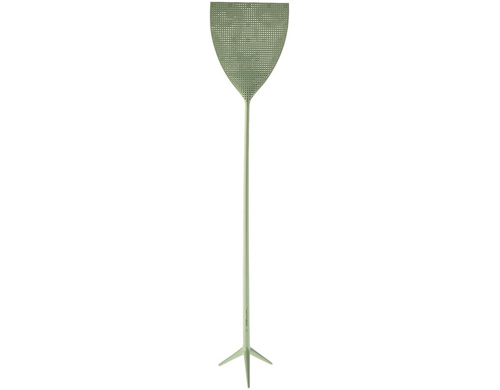 Design Philippe Starck, 1998
Thermoplastic resin
Made in Italy by Alessi

Starck's output spans precision mechanisms (such as the clocks or the radio) and seemingly everyday objects, such as the Dr. Skud fly swatter. Great fun and a useful tool for the feeble hunter who prefers to go after small game. Look closely and you will see the visage of "Dr. Skud" in the upper portion. A beautiful gift box makes this an attractive and very affordable gift.

Available in your choice of colors.

based on 2 reviews
average rating: 4