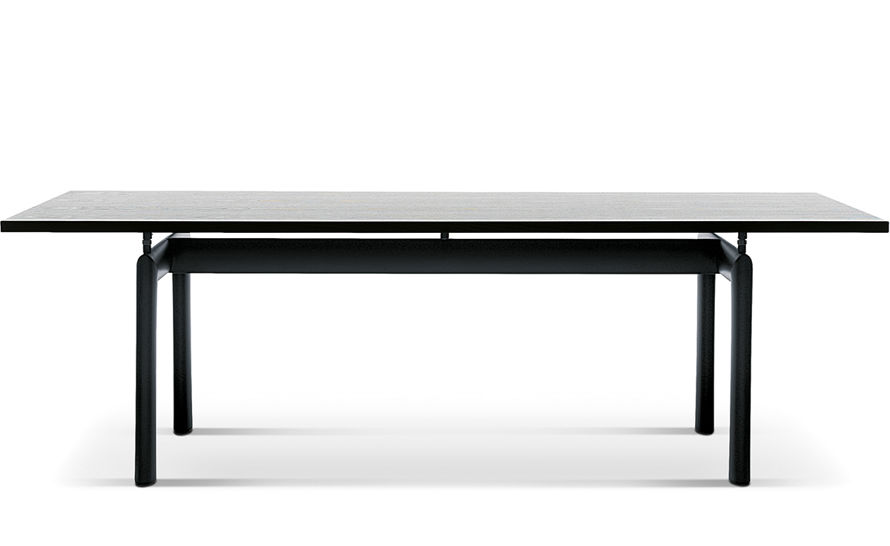 The "Cassina I Maestri" (Cassina Masters) collection includes some of the most important furniture created by leading figures in the Modern Movement, pieces which have since become landmarks in the evolution of contemporary design.

The key idea at the heart of this table is to make a distinction between its load bearing base and the top that was to be supported. Each piece is completely autonomous and this is highlighted by the addition of the four middle support pieces used to adjust the height and keep the slim rectangular top in place over its the heavy base. The hollow steel base is enamelled in Le Corbusier's color palette: black, light blue, grey, green, mud and ivory with tops in crystal, textured glass or in the finishes of natural or black stained oak or American walnut. Marble tops are also available (please call to specify).

Dining or conference table the LC6 table top is adjustable in height to a range of approximately 2" inches.