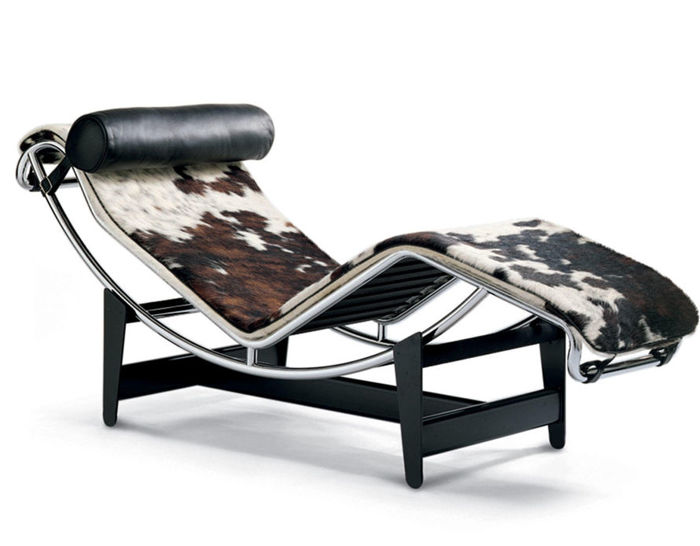 The "Cassina I Maestri" (Cassina Masters) collection includes some of the most important furniture created by leading figures in the Modern Movement, pieces which have since become landmarks in the evolution of contemporary design.

Designed in 1928 this chair became famous in 1965 with Cassina, the LC4 is the definitive chaise longue: built in a shape designed for relaxation, the chair was created when the three designers teamed together to put man at the center of their design, taking the idea that form and function should be at the service of relaxation, creating a perfect balance between its geometric purity and its ergonomic intent. The stability of the frame - for any angle of inclination - is guaranteed by the friction through rubber tubes that cover the cross bar of the base.

This recognizable chaise lounge, described as the resting machine, was presented to the 'Salon d'Automne' in 1929 and is included in the permanent collection of the Museum of Modern Art. LC4 chairs upholstered with hairy hide, the headroll is always in black leather. In the versions upholstered in leather, the headrest may be in black leather (online) or in the same color of the upholstery (please call to specify).