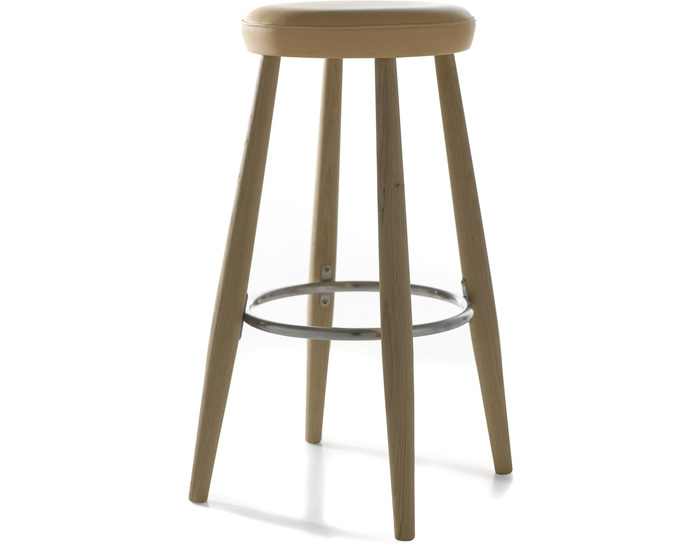 An upholstered bar stool perfect for modern kitchens with open space and plenty of room for guests. The perfect place for the guests to sit and wait while talking to the chef in the cooking area. Available in your choice of CH58 counter height or CH56 bar height in a variety of finish and leather options.