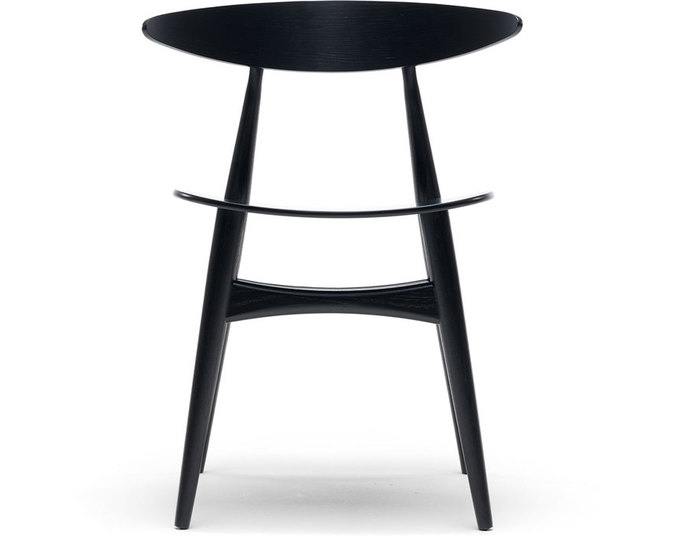 Take a good look at Wegner's elegant dining chair, CH33. Designed in 1957, its clean lines and graphic form are as distinctively modern now as they were more than 50 years ago.

An exceptionally comfortable dining chair that, despite its light appearance, is extremely stable. The chair is available with both an upholstered seat or a wooden seat. CH33 is offered in solid oak or beech. The woods and finishes can also be mixed to combine (ie. a beech frame with walnut seat and back). Please call the hive showroom with any questions: 1-866-663-4483.

Note: the buttons on the seat & back are always the same wood as the frame.