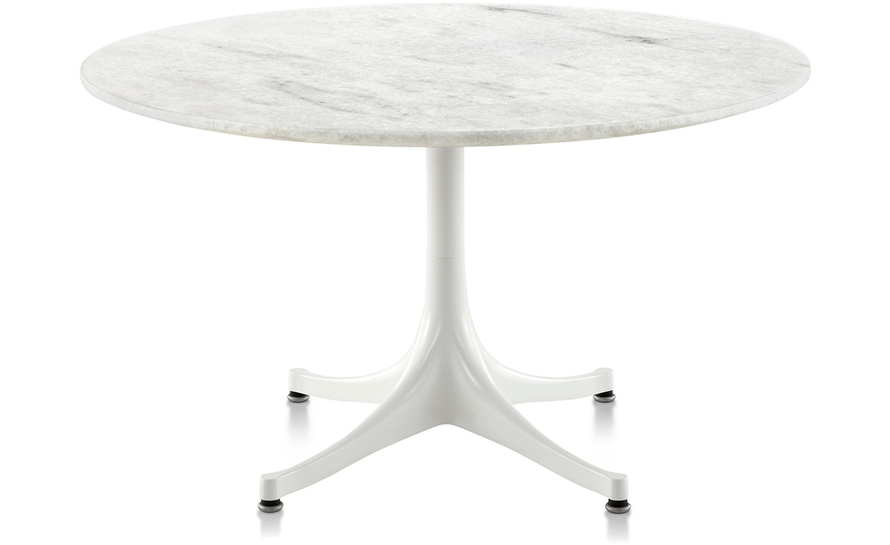 "The simple joy of taking an idea into one's own hands and giving it proper form, that's exciting."
-George Nelson

The George Nelson tables reflect the clean lines and pleasing balance of style and function that characterize all his furniture creations. The Nelson Pedestal Table Outdoor has been updated with hardy materials that will stand up to the elements. They offer an auxiliary surface to complement any grouping of outdoor furniture.

Once extracted, two centimeter-thick slabs of stone are cut to order with a knife edge derived from Nelson's original design and given an eggshell-like honed finish. Tops and bases are connected with a bolt that runs the length of the column to ensure strength and durability through years of use.

Two heights, two diameters of either .5" thick High Pressure Laminate (HPL) with a black edge band or .75" stone top with full bullnose edge. The outdoor base finish options enable the selection of the right table, or tables, to suit any open-air arrangement. Also offered with a 17" dia. top.