by Isamu Noguchi, from Knoll - sale 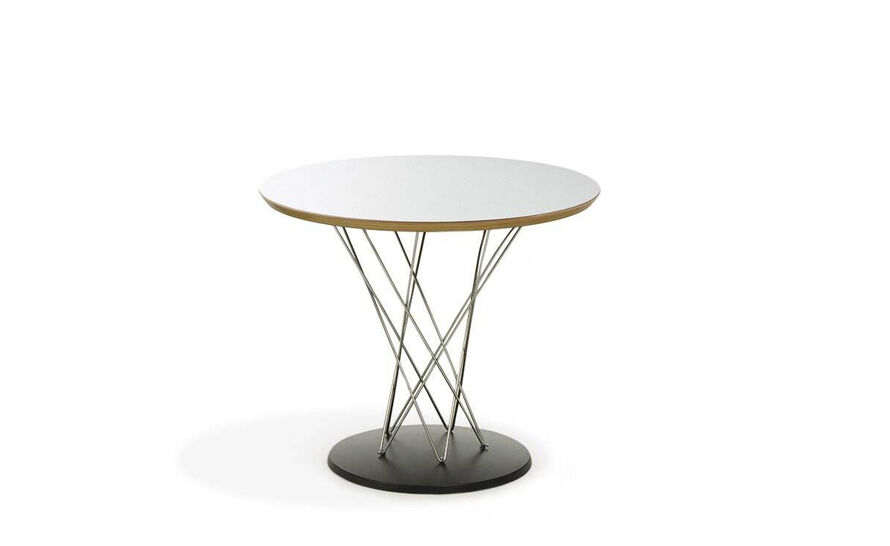 The Noguchi Cyclone table was conceived in 1953 as a rocking stool made of metal wire and wood. Noguchi's playful object was manufactured the following year in varying sizes, and later evolved into a table that became a companion piece to the Bertoia wire children's chair. Reintroduced by Knoll in collaboration with the Noguchi foundation, the design is now being meticulously produced from Noguchi's original drawings. Knoll is the only authorized and licensed manufacturer and each piece features a signature plate under the table top bearing the KnollStudio logo and Isamu Noguchi's signature.

The Noguchi Cyclone side table features a cast iron base in black textured powder-coat and steel wire column with a chrome plated finish. The Top can be specified in laminate or wood veneer with a natural birch edge. The Cyclone table is certified Clean Air Gold.

Isamu Noguchi (1904 –1988) was a prominent Japanese American artist and landscape architect whose career spanned six decades, from the 1920s onward. Known for his sculpture and public works, Noguchi also designed stage sets for various Martha Graham productions, and several mass-produced lamps and furniture pieces, some of which are still manufactured and sold. In 1947, Noguchi began a collaboration with the Herman Miller company, when he joined with George Nelson, Paul László, and Charles Eames to produce a catalog containing what is often considered to be the most influential body of modern furniture ever produced, including the iconic Noguchi table which remains in production today. His work lives on around the world and at the Noguchi Museum in New York City.