by Massimo Giacon, from Alessi 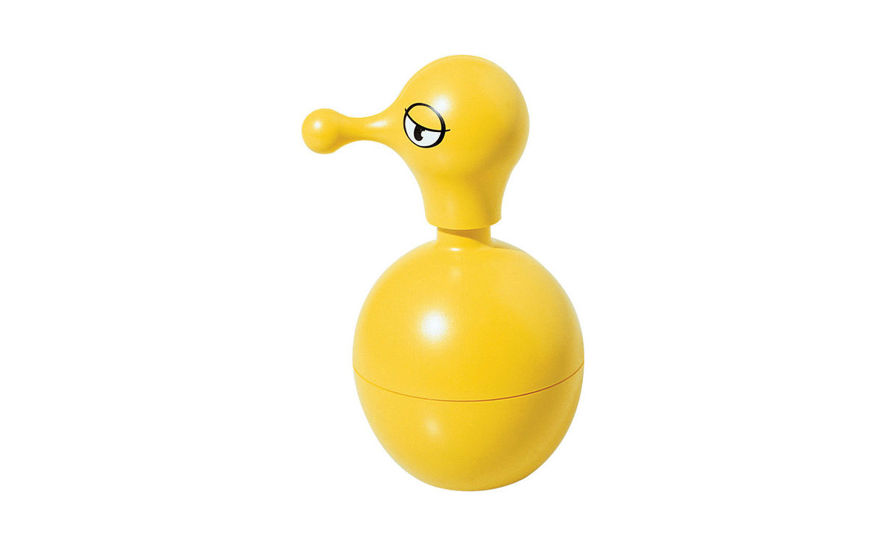 Refillable liquid soap dispenser, in thermoplastic resin. The work of professional cartoonist Massimo Giacon, an artist of great talent and personality who has used his storytelling abilities to add life and whimsy to a soap dispenser with the features of a bizarre cold character. Press Mr. Cold's head and he dispenses, er, liquid soap or lotion in your hands. Mr. Cold creates an enormously enjoyable and whimsical treat of an otherwise mundane maneuver.


$44.00 + $8.00 shipping
(in-stock items usually ship in 1-2 business days. Otherwise, please allow approximately 3 weeks for delivery.)
there are no reviews of this product yet.

Massimo Giacon was primarily a comic artist, but has brought those lighthearted sensibilities into the world of home design. He also works in digital illustration and as a musician. From 2000 to 2009 he created home furnishing products for Alessi. These products stand out as some of the company’s most peculiar items, being both innovative and playful. They include: Mr. Cold, (a character that dispenses liquid soap from his nose), Mr. Suicide (a character that plugs the bath and seems to drown in it), as well as Pummaroriella (pizza plates) and many decorative figurines that straddle the line between art and toy.