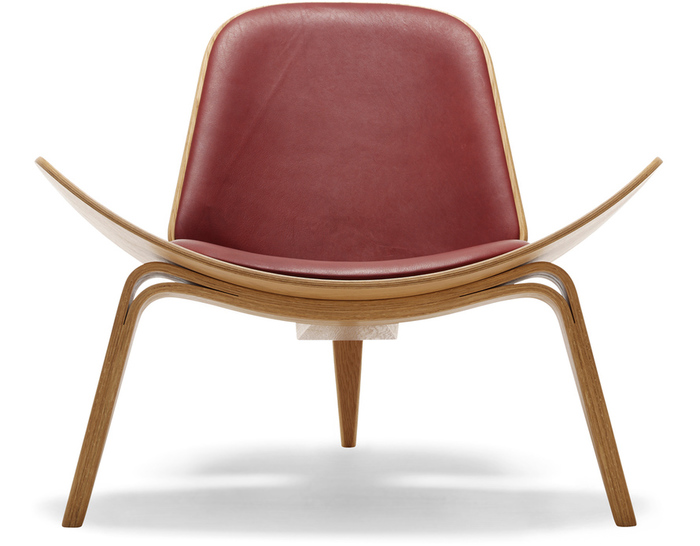 The Hans Wegner three-legged shell chair was originally introduced in 1963. A few limited series were produced, but the project soon came to a stand still. The chair was relaunched in 1997 and after 34 years of oblivion the chair finally got its breakthrough. As a curiosity, it is worth mentioning that one of the original shell chairs from the 60s sold for $20,000 at Christies in London in 1999.

Seat and back are made of formpressed plywood shells. The 3 legs consist of a laminated construction, the 2 front legs are made of one continuous piece and the hind leg is a separate element. To enhance the comfort, Wegner has added 2 upholstered cushions which are fastened to the shell with screws from the back. In spite of its three-legs it stands well on the floor and does not easily topple over. Although it is low and does not feature armrests it is easy to get up by seizing the front edge and pulling oneself up. It is elegant as a soloist as well as in groups of 2, 3 or more. In 1999 the chair was given the highest possible grade in The Technological Institute of Denmark's test program.

based on 4 reviews
average rating: 5