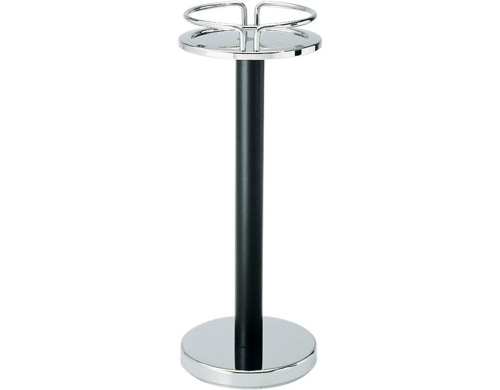 The fruit of extensive research by Alberto Gozzi on professional bar & wine utensils. Ettore Sottsass is known the world over as one of the initiators of the revolution in architecture and design which led away from the rigid functionalism of the years prior to and following the Second World War. A great and influential Maestro of Italian design, the energy of his language and the vitality of his color and line contrast sharply with any intellectualism and rigidity.

The Wine cooler stand is offered in 18/10 stainless steel mirror polished with a dark brown lacquered column. Can be used with either the ice bucket or either size of the wine coolers, sold separately.