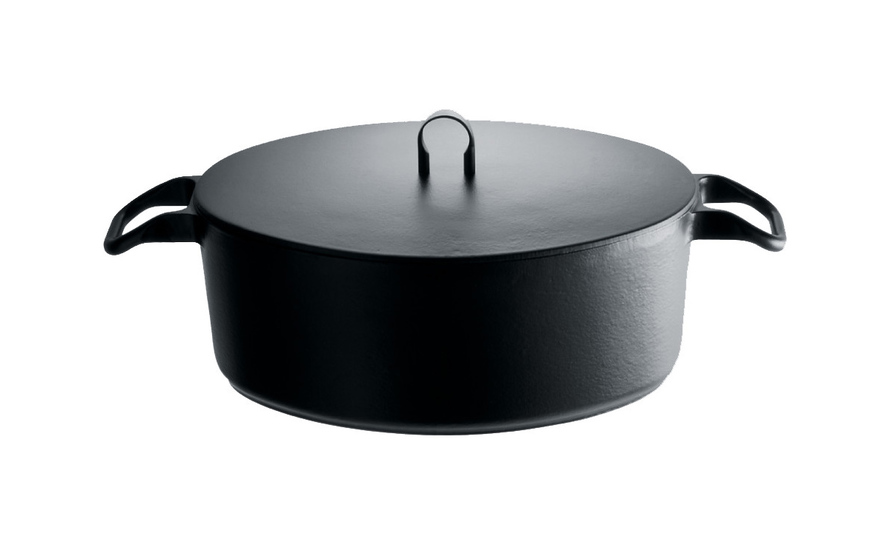 Oval cocotte in enamelled cast iron with cover. This is the first choice for braised meats, stews and other long-cooked dishes that require stable and moderate heat transmission, making cast iron the only material to use. The cocotte is enamelled in black.

Born in Munich in 1932, Richard Sapper studied philosophy, anatomy, graphics, engineering and economics. Ten times winner of the Compassi d'Oro, his prime interest is the design of technically complex objects, from ships to watches.